Where next for interest rates? 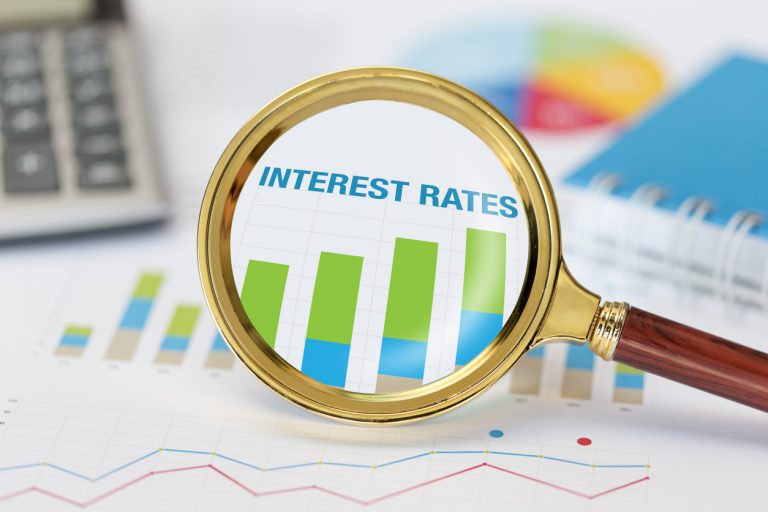 Why have rates increased?

Focusing on domestic interest rate policy, the Bank of England’s UK Monetary Policy Committee is tasked to support the Government’s economic aims for growth and employment, as well as hit an inflation target (measured by Consumer Price Inflation or CPI) of 2% per annum.

As widely reported over recent months, inflation has surged across the world, as a result of supply issues caused by lockdowns during the Covid-19 pandemic, increases in energy and commodity prices, and more recently by the Russian invasion of Ukraine. This has driven inflation far beyond market expectations, with UK CPI standing at 7% over the 12 months to March 2022, over three times the Bank’s 2% target. Furthermore, most economists believe UK inflation will increase further over coming months, with Bank of England Governor Andrew Bailey indicating the Bank’s belief that CPI will hit 9% in the third quarter and go beyond 10% by the end of the year. The anticipated increase in energy prices, as a result of the OFGEM price cap adjustment, in October, may well be the catalyst for UK inflation hitting double digits.

The impact of higher rates

Higher interest rates have a dampening effect on the economy generally, and affect households and businesses alike. The higher cost of borrowing impacts the ability of households to take out larger mortgages, and also increases the cost of loans and credit cards. A likely outcome of a sustained period of higher rates is that house price growth may well be limited, or indeed, could be the catalyst for house prices to fall.

Businesses need to access cheap finance to aid expansion, and if borrowing costs are higher, this could limit business plans to expand, including taking on new staff or premises.

Will the Bank keep on raising rates?

In light of the Bank’s forecast that inflation will rise further over the course of the year, it is likely that the Bank will raise interest rates further to try and bring inflation under control. Indeed, 3 of the 9 members of the Monetary Policy Committee voted for an increase of 0.50% rather than 0.25% last week, such was their concern that more aggressive action was needed immediately.

The Bank forecasts are always forward looking and they will be considering the longer term inflation forecasts before taking action. Given that CPI measures price growth over the previous 12 months, unless prices continue to rise at the same rate, the current elevated rate of inflation should begin to ease during 2023.

The Bank of England will, however, be acutely aware of the impact of higher interest rates on economic growth. Raising interest rates generally causes an economy to slow down, and with the UK economy already decelerating from a more promising position last year, the Bank will undoubtedly be considering the impact of their actions on the UK economy, which could be heading back towards recession.

Recent numbers for UK PLC have not been encouraging. UK growth stalled from 0.8% in January to just 0.1% in February, and the April 2022 consumer confidence report (as measured by GfK) showed consumers felt less confident than at any time since 2008. Services and Manufacturing surveys carried out last month also showed a drop in optimism.

Whilst the ongoing conflict in Ukraine underpins the increase in the price of food, energy and other supplies, and the continued Covid-19 lockdowns in China threaten to slow supply chains of key goods for manufacturing, it is difficult to see the current economic situation improving over the next few months.

We therefore feel that the market and economists may be off-target with their projections for UK Base Rates to hit 2% by the end of the year. Should the economic slowdown worsen, and the UK economy contracts, this may well weigh on the central bank’s decisions, and could lessen the need for the Bank to raise rates aggressively over the second half of the year.

What does this mean for investors and savers?

Savers should expect some respite from the very low interest rates that have persisted now for more than a decade. Whilst some banks and building societies have been slow to pass on the base rate increases in their savings products, others have been more reactive, and as always is the case nowadays, savers should look across the market for competitive rates. The bad news for savers is that the increase in savings rates is not likely to keep up with the expected increase in inflation over the remainder of this year. The “real return” (i.e. the return after the effects of inflation are taken into account) from cash savings may well shrink, leaving savers worse off.

Investors can access a wider range of assets that could look to take advantage of the prevailing conditions. Within lower risk assets, inflation linked bonds and alternative investments such as infrastructure could continue to do well, and in terms of equities, taking a global approach, and focusing on companies with strong earnings and attractive dividend yields could produce outperformance.

If you would like to review your existing savings and investments with one of our experienced financial planners, please get in touch here.

The value of investments and the income they produce can fall as well as rise. You may get back less than you invested. Past performance is not a reliable indicator of future performance. Investing in stocks and shares should be regarded as a long term investment and should fit in with your overall attitude to risk and your financial circumstances.